Every type of atom in the universe has a unique fingerprint: It only absorbs or emits light at the particular energies that match the allowed orbits of its electrons. That fingerprint enables scientists to identify an atom wherever it is found. A hydrogen atom in outer space absorbs light at the same energies as one on Earth.

While physicists have learned how electric and magnetic fields can manipulate this fingerprint, the number of features that make it up usually remains constant. In work published July 3 in the journal Nature, University of Chicago researchers challenged this paradigm by shaking electrons with lasers to create “doppelganger” features at new energies—a breakthrough that lets scientists create hybrid particles which are part-atom and part-light, with a wide variety of new behaviors.

The research is part of a greater effort in Assoc. Prof. Jonathan Simon’s lab to break down the walls between matter and light, in order to investigate their fundamental properties. In addition to learning about how materials behave at the quantum level, this work could one day help create more powerful computers or virtually “unhackable” quantum communications.

One step along the way to making matter out of light is to make individual packets of light, called photons, interact with each other like matter does. (Normally photons zip along at the speed of light and don’t react to each other at all.)

“In order to make photons collide with one another, we use atoms as a go-between,” said postdoctoral researcher Logan Clark, who led the research. “But we were running into a problem because the photons only interact with atoms whose electronic orbitals are at very particular energies. So we asked: What if we could make copies of the orbitals at whatever energies we wanted?”

Clark had already developed techniques to manipulate quantum matter by shaking it —called Floquet engineering—as part of his Ph.D. project. The right sort of shaking naturally produces copies of quantum states at multiple energies along the way. “We had always viewed the copies as a side effect rather than the goal,” he said, “but this time, we shook our electrons with the specific intent of making the copies.”

By varying the intensity of a laser field tuned precisely to an atomic resonance, the team was able to shift the orbitals of an electron. Shaking the orbitals by periodically varying this intensity produced the desired copies.

But these doppelgangers come with an important catch: “While the atomic orbital does appear at multiple distinct energies, it is important to note that these copies are actually bound to the original like puppets,” explained postdoctoral researcher Nathan Schine, a co-author on the study. “When any of the copies shifts, the original and all of the other copies shift with it.”

By allowing photons to interact with these shaken atoms, the team has created what they call “Floquet polaritons”—quasi-particles which are part-light and part-atom, and unlike regular photons, interact with each other quite strongly. These interactions are essential for making matter from light. Making polaritons with shaken atoms can give the polaritons much more flexibility to move around and collide with each other in new ways.

“Floquet polaritons are full of surprises; we’re still continuing to understand them better,” Clark said. “Our next order of business, though, will be to use these colliding photons to make topological ‘fluids’ of light. It is a tremendously exciting time.”

“It turns out shaking things is not only a lot of fun, but can lead to some really fascinating science,” Clark said. 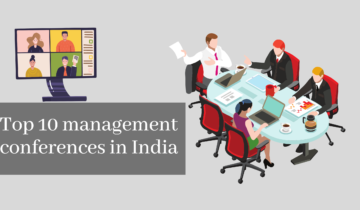