He is a distinguished alumnus of Banaras Hindu University with more than 46 years of managerial experience, including at senior and top levels in India and overseas, in banking, industry, and education. He has widely traveled across all the five continents for business, training, pleasure, and cultural familiarisation. He has worked in rural, semi-urban and metropolitan areas in government, public and private sectors during his career including having worked in three countries.

Amongst others, he has held the position of Head of the Department in IIT Roorkee thrice, Managing Director and CEO of an investment and finance company in Mumbai, Senior Vice President at Essar group in Mumbai, Group Director of a large business and industrial house at Lagos, Nigeria and an international banker at Singapore. Professor Nangia is a member of various bodies and boards of several academic and other institutions. He has to his credit a large number of articles published in refereed journals, national and international. Seven scholars under his guidance have completed their doctoral research and have been awarded Ph.D. Dr. Nangia is Ph.D. thesis examiner for IIT and other institutes and universities.

He has authored the books “Masters Speak: Management Education in India” published by Bloomsbury India in 2014 and “driven by information technology Smart Banking – An Introduction” in 2016.

He has been honored with the Glory of India Award (2017)

He has served IIT Roorkee as a Professor from June 1998 to June 2018 including as Emeritus Fellow in the Department of Management Studies at IIT Roorkee in the last two years. He was Emeritus Professor at Netaji Subhash University of Technology (NSUT) Dwarka, New Delhi. He has contributed effectively in setting up BBA, MBA, and MBA in Innovation, Entrepreneurship, and Venture Development programs at NSUT in 2019.

Dr. Nangia is a regular invitee in academic institutions to deliver Talks on ‘Education’ and ‘Career Advancement’ in Faculty Development Programs and he regularly conducts workshops on ‘CV Making’ and ‘Interview’ for students in colleges and universities.

How to submit in Free-Format Journal? 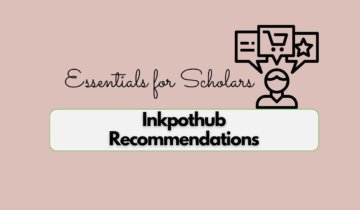